Our 2-hour Line of Duty tour gives you a look behind the scenes at this popular series allowing you to stand on the spot of your screen heroes. You’ll get the chance to visit the locations where some of the most exciting and memorable scenes in the series were filmed and find out about the real-life inspiration for this crime drama.

Line of Duty was written and created by Jed Mercurio and set in an unspecified British city. Filming for Season 1 took place in Birmingham, then from Season 2 onwards, production moved to Northern Ireland, with the majority of filming taking place in or around Belfast.

As it has always been, the health & safety of our guests and team members remains our highest priority. We are doing everything we can to ensure you travel safety and provide maximum flexibility as the situation around Covid-19 continues to evolve. We have officially been given the green light and Good to Go accreditation by Visit Britain & Visit England, so we can now operate safely keeping you & our team healthy throughout. WE have a detailed plan to do so, issued below:

Brit Movie Tours recognises their responsibility to ensure that staff & suppliers (as well as guests) comply with health & safety legislation and maximise the safety of our clients & staff in relation to Covid-19.

In brief, we are making sure that all vehicles are cleaned to the highest standards, that all staff are trained (and re-trained when emerging or evolving information determines) and are provided with the right knowledge and equipment to carry out their duties effectively. Our new protocols to keep you healthy during our tours include:

The result is a sanitised attraction but certainly not a sanitised experience! You are here to enjoy our fabulous tours, discover new places & experience an authentic destination. We believe that our new introductions to hygiene/cleaning will allow you to enjoy your visit to the full.

We feel it vitally important to have a strict cleaning protocol in place and that this is transparent.

The Line of Duty Walking tour starts in the centre of Belfast at Irish Tour Tickets before heading straight over to one of the tour’s highlights: AC-12 HQ. The fictional anti-corruption unit is where Superintendent Ted Hastings leads DI Steve Arnott, DI Kate Fleming, and the rest of his team fighting corruption within the Central Police Force.

But of course, all good things have to come to an end, and in Season 6 Steve Arnott has a quiet word with his ex to talk about leaving anti-corruption. We’ll take you to the location where this conversation took place.

Naturally, a Line of Duty Walking Tour wouldn’t be complete without taking you to locations for at least one dramatic arrest, an ambush while transporting a prisoner, and the finding of a dead body.

During the tour, you’ll follow in the footsteps of Dot and Kate after Dot’s “Urgent exit required” message during Season 3. You’ll see a good section of the chase scene including where Kate hitches a ride on a lorry in pursuit of Dot and the fictional Kingsgate High Street where they sprint through the crowded street, weapons in hand. 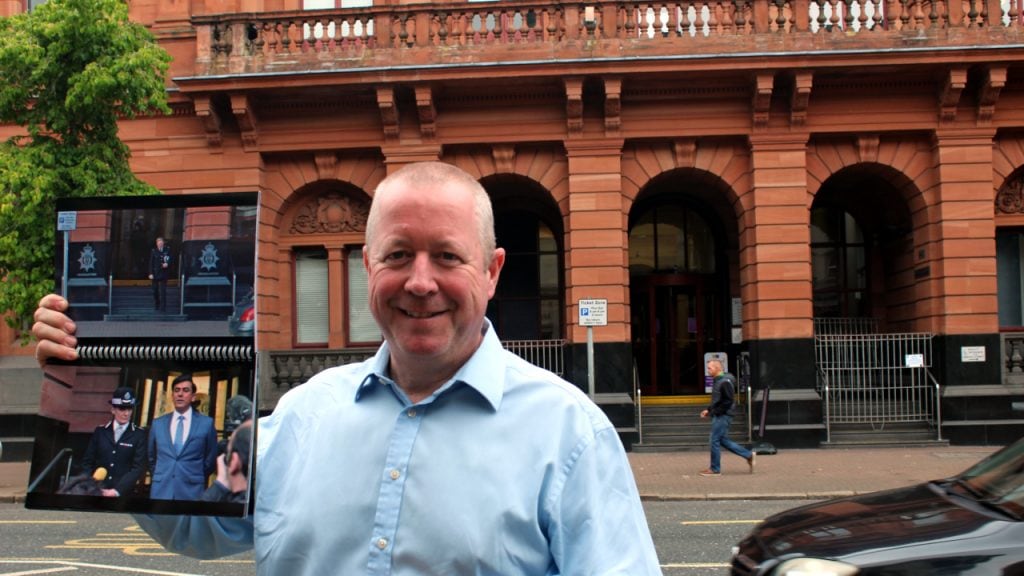 From Season 5 you will see the spot where Steve ignores Hastings Fahrenheit order during the adrenaline-filled standoff with rogue undercover agent John Corbett.

You’ll visit the locations for some of the most exciting moments in Season 6 including the shooting between Ryan, Jo and Kate and the subsequent car chase scene where Jo and Kate are ultimately caught. 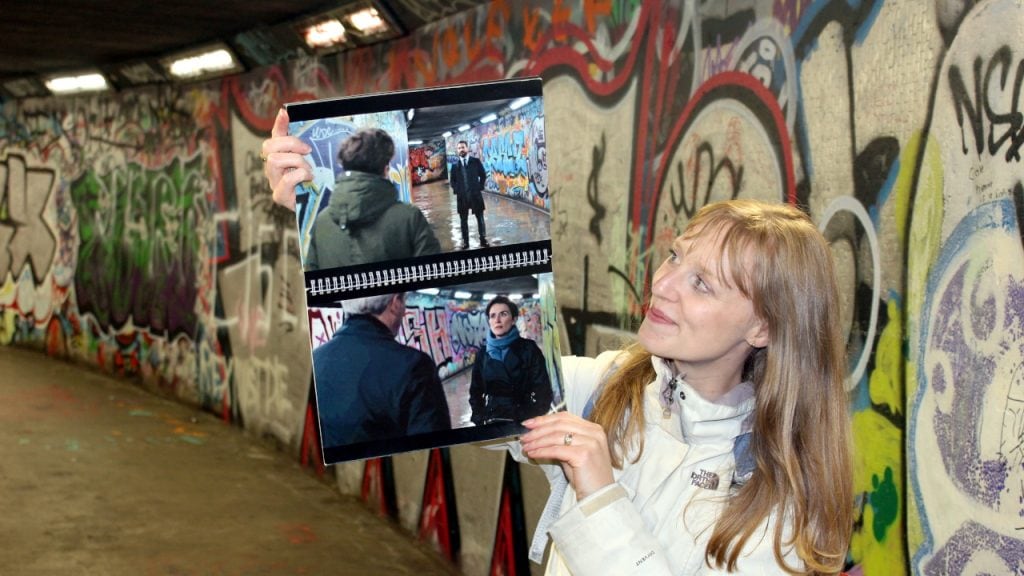 The final location on the tour is one of the most famous meeting points used in Line of Duty. We’ll take you to the graffiti-covered tunnel seen throughout the series where AC-12’s undercover agents have their secret meetings. Remember your cameras, you’ll want to get a photo at this location!

The tour route is approximately 2 miles long and will go at a leisurely pace, with plenty of opportunities to take photographs. Throughout the tour, your knowledgeable guide will share anecdotes about filming, snippets about the show’s impressive cast list and entertain you with some of the shenanigans that the actors get up to in between takes!

There are no reviews yet.